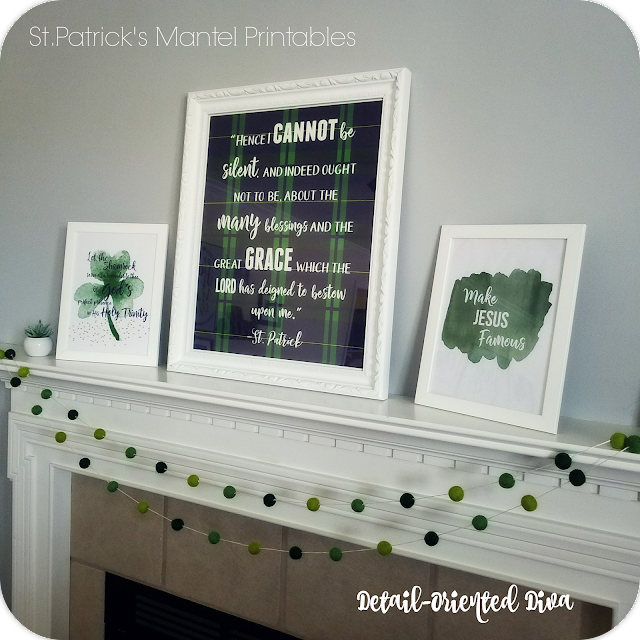 Ever since I first discovered the spiritual significance of the shamrock and the great role that St. Patrick played in the spread of Christianity, I have made it a great point to celebrate St. Patrick's Day. Of course, we have always celebrated the leprechauns, luck, and what not to some degree, but now we really use this as another teaching tool to help our children learn about our God.

"The shamrock is a symbol both for the Holy Trinity and St. Patrick (389-461). The shamrock is a clover plant with a yellow flower and leaflets made up of a stem with three small green leaves. The plant is very common and widely distributed throughout Ireland.

St. Patrick was a zealous missionary to the Irish, a people who upon his arrival in 432 had heard little or nothing of Jesus and his gospel. St. Patrick was an energetic traveler, a determined evangelizer, and a courageous preacher, and as he canvassed the countryside he was assailed by bitter opponents who threatened his life and undermined his message, but undeterred, he made hundreds and thousands of converts.

Whether St. Patrick was speaking to local pagans who knew nothing of the Christian faith, or to neophytes, newly-baptized disciples who were not well-grounded in the truths of the faith, he was faced with the daunting task of explaining profound mysteries such as the Trinity which are so difficult to understand.

According to a third legend, St. Patrick was traveling and happened upon a number of Irish chieftains along a meadow. The tribal leaders were curious about the Trinity and asked St. Patrick for an explanation. So he bent down, picked a shamrock, and showed it to them, and explained how the three leaves are part of the one plant, and how similarly the three Persons, Father, Son, and Spirit, are part of one Supreme Being".

I have created these printables to grace our mantel and serve as daily reminders of God's presence.  I especially love this quote from St. Patrick:" Hence I cannot be silent, and indeed not ought to be, about the many blessings and the great grace which the Lord has deigned to bestow upon me".  AMEN!  Printable links for subscribers under each picture.  Please click on my "How to Print" page if you have any questions about how to download and print.  And yes, I realize Tartan plaid is more Scottish than Irish, but it's just so pretty! And yes, I realize that tomorrow is Valentine's Day and I already have St. Patrick's Day stuff everywhere, but Easter is on April first this year y'all! 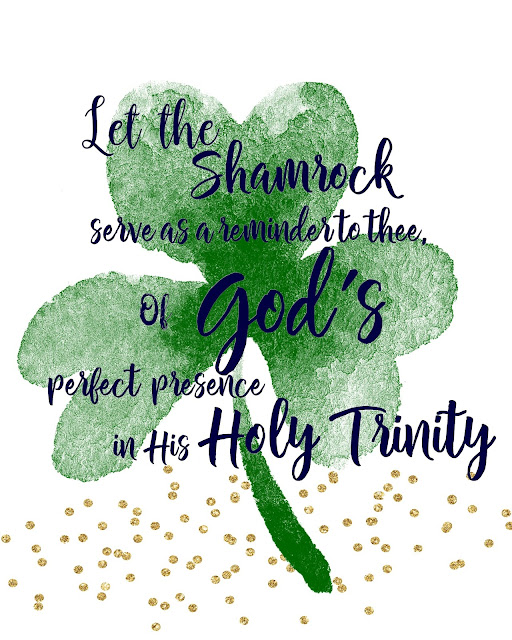 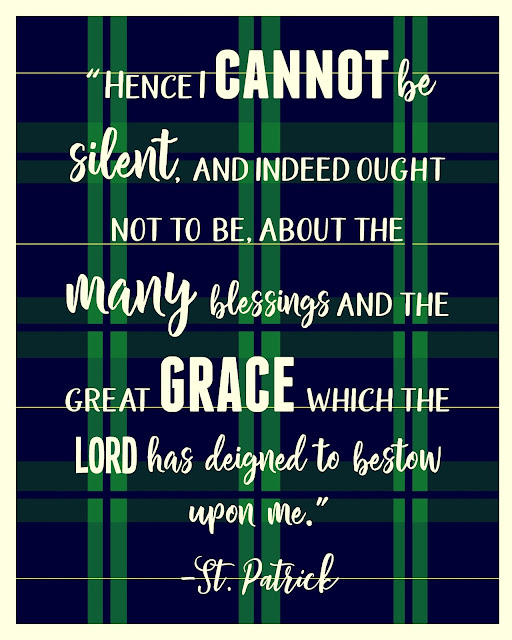 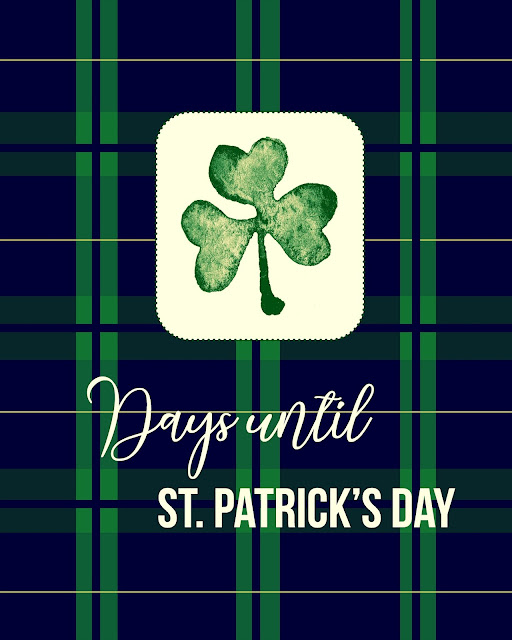 St. Patrick's Countdown
(This is meant to be framed behind glass or plastic. You fill in the number of days with a dry-erase marker). 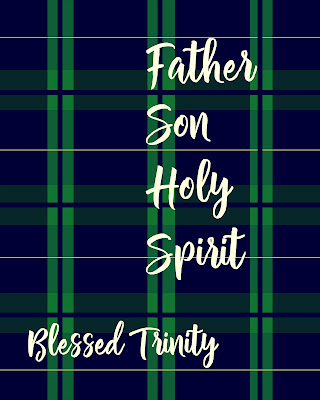 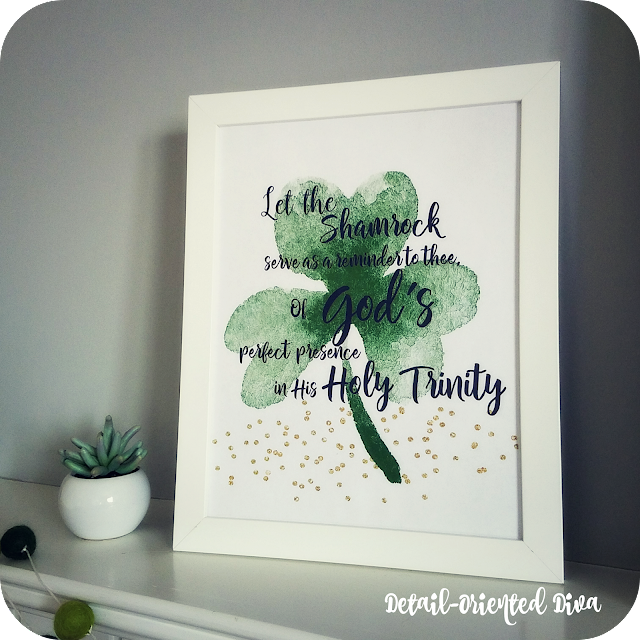 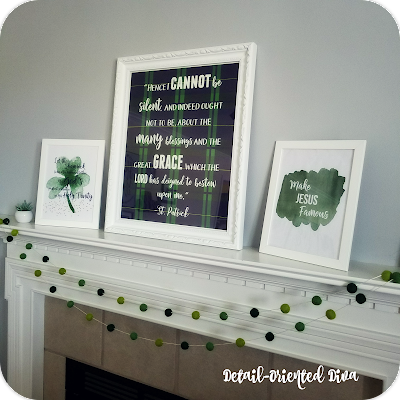 Hi! I'm Natalie. I enjoy doing crafty-cute things. My simple reason for this: DETAILS! I feel there is so little in life that I can actually control; since God is in control! AMEN! But sometimes, I think God lets me take care of the details. So I take pride in making those things more beautiful and more enjoying for all. Click here for more!

All designs on this site are for personal-use only and can never be sold.